More and more research is showing how important our gut environment or microbiome is for our overall health and well-being. Everything from intestinal to mental health is being connected to whats going on in the environment we house in our gut.  Here’s a quick read on some interesting new research showing just how this microbiome can affect our lives and health. (Article previously published on Medical News Today) 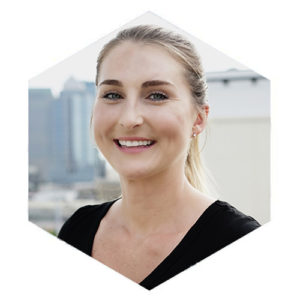 New research in laboratory mice suggests that the gut microbiome may influence the intestinal circadian clock to promote the absorption of fat.

A new study conducted in mice suggests that gut bacteria influence the intestinal circadian clock to promote a higher intake and retention of lipid content, or fat.

Scientists from the University of Texas (UT) Southwestern in Dallas have recently conducted a study using mice to understand how gut bacteria might interact with the body’s circadian clock to influence weight.

The circadian clock is, in fact, a “collection” of biological clocks in the body, playing an important role in metabolism. These clocks regulate the individual’s various biological rhythms in accordance with the 24-hour day-night cycle.

The researchers, led by Dr. Lora Hooper of UT Southwestern, noticed that the gut microbiome is able to “hack” into and influence the intestinal circadian clock, thus impacting how much fat, or lipids, is absorbed by and stored in the body.

“There is accumulating evidence,” explains lead study author Yuhao Wang, a UT Soutwestern graduate student, “that certain bacteria that live in our gut might predispose us to gain weight, especially when we consume a high-fat, high-sugar ‘Western-style’ diet.”

The study’s findings were published this month in the journal Science.

Dr. Hooper points out that the gut microbiome can influence the body’s intake of fat, as well as how much energy is preserved. So far, however, the mechanism responsible for this regulation has remained unclear.

In the laboratory, she had bred a population of mice that were entirely germ-free, thus lacking a gut microbiome. She noticed that these animals seemed to put on less weight than expected when fed a diet that was high in fats.

“Mice that lack a microbiome fare much better on a high-fat, Western-style diet than bacteria-bearing mice,” explains Dr. Hooper.

This gave the researchers a hint about how microbiomes might regulate the absorption and retention of fat. A key role in this regulation, Dr. Hooper notes, is played by NFIL3, which is a protein involved in controlling the circadian rhythm.

They monitored both the germ-free mice and a group of mice that had been raised normally and did not lack a microbiome. These two mice colonies were compared with each other and a third colony, whose members had been genetically modified to be unable to produce NFIL3.

Dr. Hooper and her team found that the gut microbiome hacks the cells lining the intestines to modify how much NFIL3 is produced. This “tells” the body how much fat it should absorb, and how much it should store.

What happens, she explains, is that the bacteria affect the way in which the NFIL3 genes – those that determine the production of the NFIL3 protein – are expressed.

The day-night cycle to which the biological clocks are adapted also help to regulate feeding times. Cells in the guts of mammals communicate with the nervous system and thus “know” when it is daytime and when it is night-time. This normally allows the cells to regulate gene expression, adjusting to feeding cycles.

But Dr. Hooper and colleagues noticed that the systems of germ-free mice produce abnormally low levels of NFIL3, precisely because they lack a gut microbiome. As a consequence, these mice tend to absorb and retain much less fat, which is why they do not gain weight even when they are fed a high-fat diet.

“So what you have is a really fascinating system where two signals from the environment come in – the microbiome and the day-night changes in light – and converge on the gut lining to regulate how much lipid you take up from your diet and store as fat,” Dr. Hooper explains.

The team hopes that, in the future, more similar studies will be conducted to determine whether or not this mechanism may be partly at fault for the risk of obesity or other metabolic conditions, such as diabetes, in humans.

“Our work provides a deeper understanding of how the gut microbiota interacts with the circadian clock, and how this interaction impacts metabolism.”

“It could also help to explain why people who work the night shift or travel abroad frequently – which disrupts their circadian clocks – have higher rates of metabolic diseases such as obesity, diabetes, and cardiovascular disease,” she says.

If you would like to schedule an appointment or get more information please fill out the form below.